Fraser Valley Aikikai was started by Charles Aarons of Aikido Takayama in Mission in 1994. In 2003 Steve Watson took over as dojo cho (head instructor). We moved under the technical direction of Tony Hind Sensei and the Canadian Aikido Association in 2013. 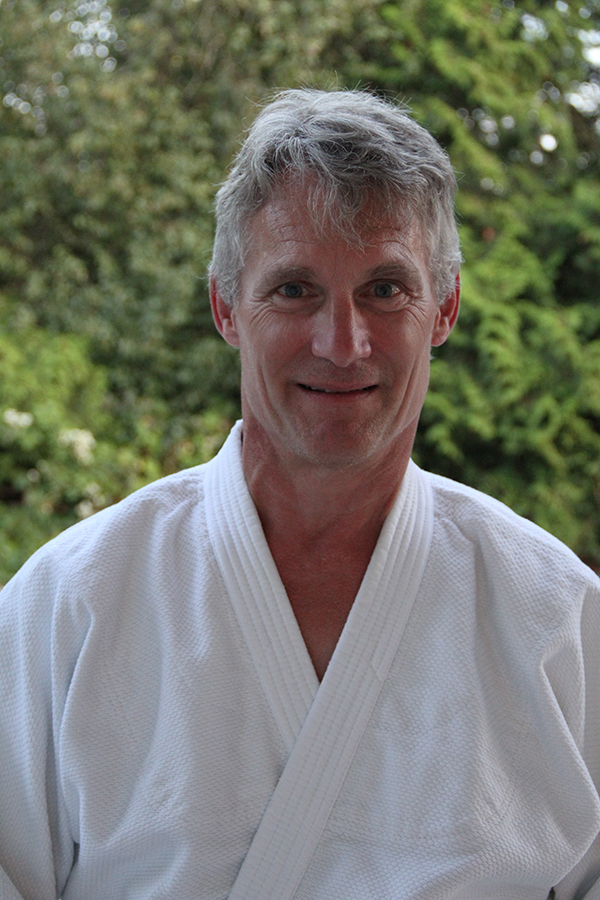 Steve Watson has studied aikido for over 25 years and received the rank of 4th dan in October 2016.

Steve was first introduced to aikido after watching a seminar in the spring of 1994 at the Abbotsford Judo Club. Steve received the rank of Shodan in 2003 from Y. Kawahara Shihan, under the Canadian Aikido Federation. In the fall of 2013, Steve went to Hombu Dojo in Tokyo to train and experience Doshu and other Shihan classes. He has attended and helped organize CAA seminars with Hind Sensei in the Lower Mainland, Winnipeg, Hawaii, Beijing and Vietnam. He is currently on the board of directors with the CAA.

Mark started aikido in 2004 under the tutelage of Steve Watson Sensei at Fraser Valley Aikikia. He attended several aikido summer camps and CAA seminars where he enjoyed the instruction of the current Doshu, Yamada Sensei, Osawa Sensei, Obata Sensei and others. He has been a member of the Canadian Aikido Association since its inception and has received teaching and direction from Tony Hind Sensei, Greg Duncan Sensei and others. His instruction style focuses on strong fundamentals, safe application of techniques, and having fun while practicing.

Welcome to Fraser Valley Aikikai. We are dedicated to the practice of Aikikai style Aikido, under the direction of the Canadian Aikido Association and Hombu Dojo.

Operating since 1994, our goal is to teach both the techniques and the principles of Aikido.